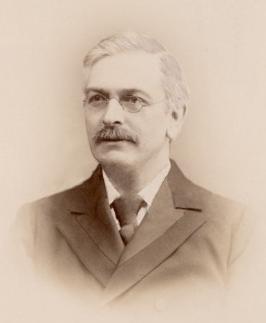 A true polymath, he left his mark on virtually all areas of science as applied to brewing, in a career which lasted over 50 years. His earliest work concerned treatment of sewage and analyses of the Burton waters. Later he took up study of geology, being led to it by pressing requirements in connection with the water supply of Burton. This entailed a good deal of field surveying, which was embodied in a paper on the Permian Rocks of the Leicestershire Coalfield.

He was elected a Fellow of the Royal Society in 1889. From 1890 onward studied the assimilation of Carbon dioxide in plants. He also established the Guinness Research Laboratory in Dublin in 1901.

The Influence of Auximones on the Growth of Lenna ...

Referee report by H. Brown on 'Some Effects of Org...