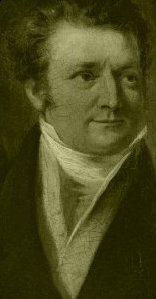 Daniell was born in London. In 1831 he became the first professor of chemistry at the newly founded King's College London; and in 1835 he was appointed to the equivalent post at the East India Company's Military Seminary at Addiscombe, Surrey. His name is best known for his invention of the Daniell cell, an element of an electric battery much better than voltaic cells. He also invented the dew-point hygrometer known by his name, and a register pyrometer; and in 1830 he erected in the hall of the Royal Society a water-barometer, with which he carried out a large number of observations. A process devised by him for the manufacture of illuminating gas from turpentine and resin was in use in New York City for a time.

In 1842 he was awarded an honorary Doctorate of Civil Law by the University of Oxford.