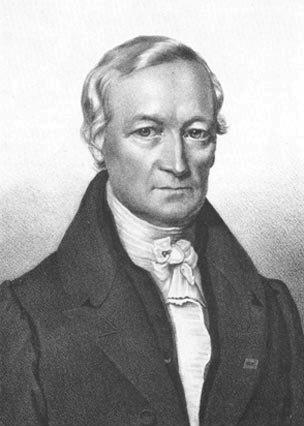 Friedrich Tiedemann FRS (23 August 1781 – 22 January 1861) was a German anatomist and physiologist.
Tiedemann spent most of his life as professor of anatomy and physiology at Heidelberg, a position to which he was appointed in 1816, after having filled the chair of anatomy and zoology for ten years at Landshut, and died at Munich. He was elected member of the Royal Swedish Academy of Sciences in 1827. In 1836, he was elected Honorary Fellow of the Royal College of Surgeons in Ireland.

Side view of the brain of a male Negro, aet. 25

Outline of the mesial surface of a vertical longit...

Brain of a Bosjes Woman

Brain of an Orang-Utan