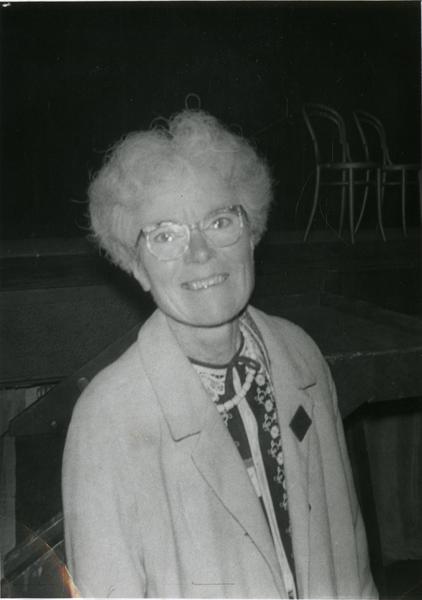 Dame Kathleen Lonsdale DBE FRS (née Yardley; 28 January 1903 – 1 April 1971) was a British crystallographer who proved, in 1929, that the benzene ring is flat by using X-ray diffraction methods to elucidate the structure of hexamethylbenzene.
She was the first to use Fourier spectral methods while solving the structure of hexachlorobenzene in 1931. During her career she attained several firsts for female scientists, including being one of the first two women elected a Fellow of the Royal Society (FRS) in 1945 (along with Marjory Stephenson), first woman tenured professor at University College London, first woman president of the International Union of Crystallography, and first woman president of the British Association for the Advancement of Science.