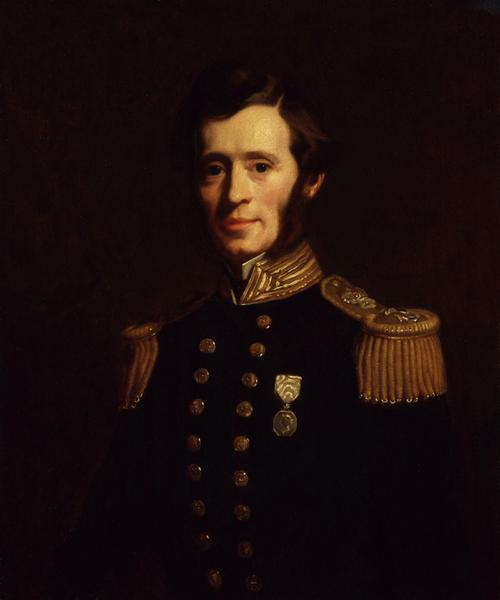 Admiral Sir Francis Leopold McClintock or Francis Leopold M'Clintock KCB FRS (8 July 1819 – 17 November 1907) was an Irish explorer in the British Royal Navy who is known for his discoveries in the Canadian Arctic Archipelago.
He discovered the fate of the Franklin Expedition and wrote an account of his own expedition to find it entitled The Voyage of the “Fox” in the Arctic Seas: A Narrative of the Fate of Sir John Franklin and His Companions.