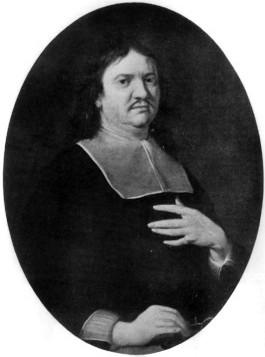 Henry Oldenburg (also Henry Oldenbourg) FRS (c.1619 as Heinrich Oldenburg – 5 September 1677) was a German theologian known as a diplomat, a natural philosopher and as the creator of scientific peer review.

He was one of the foremost intelligencers of Europe of the seventeenth century, with a network of correspondents to rival those of Fabri de Peiresc, Marin Mersenne and Ismaël Boulliau. At the foundation of the Royal Society he took on the task of foreign correspondence, as the first Secretary.