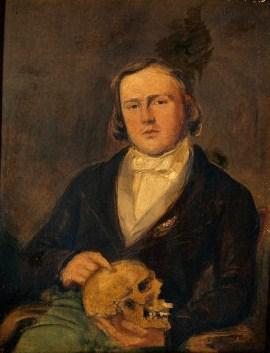 Augustus Bozzi Granville MD FRS (born Augusto Bozzi, 7 October 1783 – 3 March 1872) was a physician, writer, and Italian patriot.
Born in Milan, he studied medicine before leaving to avoid being enlisted in Napoleon's army. After practicing medicine in Greece, Turkey, Spain, and Portugal, he joined the British Navy and sailed to the West Indies. There he learned English and married an Englishwoman. He later moved to London, where he practiced as a physician and writer. He is credited with carrying out the first medical autopsy on an Ancient Egyptian Mummy which he described to the Royal Society of London in 1825.