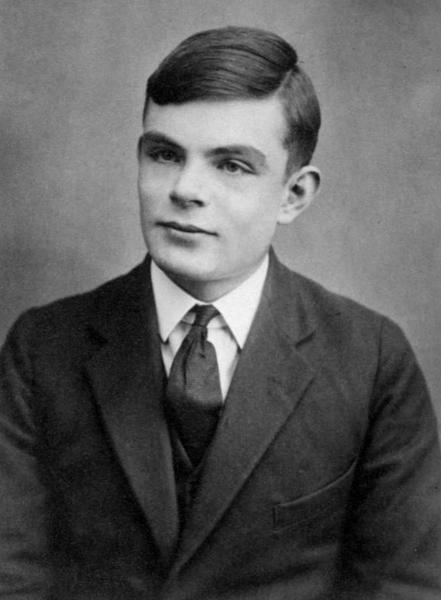 He was highly influential in the development of theoretical computer science, providing a formalisation of the concepts of algorithm and computation with the Turing machine, which can be considered a model of a general purpose computer. Turing is widely considered to be the father of theoretical computer science and artificial intelligence. During the Second World War, he worked for the Government Code and Cypher School (GC&CS) at Bletchley Park, Britain's codebreaking centre that produced Ultra intelligence. For a time he led Hut 8, the section which was responsible for German naval cryptanalysis. Here he devised a number of techniques for speeding the breaking of German ciphers, including improvements to the pre-war Polish bombe method, an electromechanical machine that could find settings for the Enigma machine. Turing played a pivotal role in cracking intercepted coded messages that enabled the Allies to defeat the Nazis in many crucial engagements, including the Battle of the Atlantic, and in so doing helped win the war. Counterfactual history is difficult with respect to the effect Ultra intelligence had on the length of the war, but at the upper end it has been estimated that this work shortened the war in Europe by more than two years and saved over fourteen million lives. After the war, he worked at the National Physical Laboratory, where he designed the ACE, among the first designs for a stored-program computer. In 1948 Turing joined Max Newman's Computing Machine Laboratory at the Victoria University of Manchester, where he helped develop the Manchester computers and became interested in mathematical biology. He wrote a paper published in the Philosophical Transactions B on the chemical basis of morphogenesis, and predicted oscillating chemical reactions such as the Belousov–Zhabotinsky reaction, first observed in the 1960s.

Referee report by C. G. Darwin on 'On the Chemical...

Referee report by C. G. Darwin on 'On the Chemical...