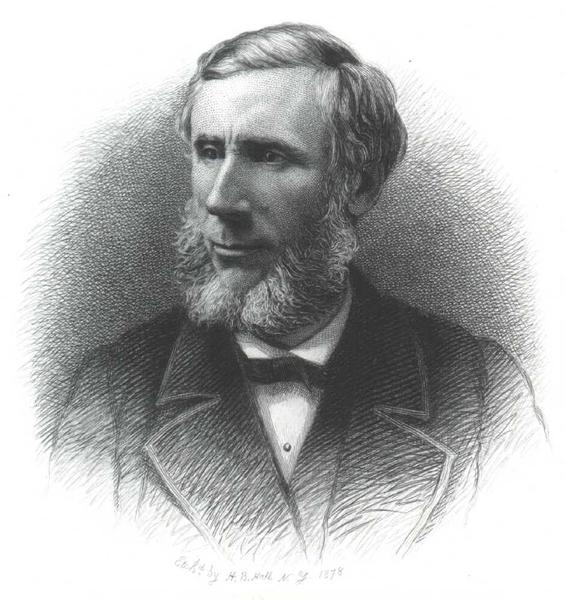 John Tyndall FRS (2 August 1820 – 4 December 1893) was a prominent 19th-century physicist.
His initial scientific fame arose in the 1850s from his study of diamagnetism. Later he made discoveries in the realms of infrared radiation and the physical properties of air. Tyndall also published more than a dozen science books which brought state-of-the-art 19th century experimental physics to a wide audience. From 1853 to 1887 he was professor of physics at the Royal Institution of Great Britain in London.