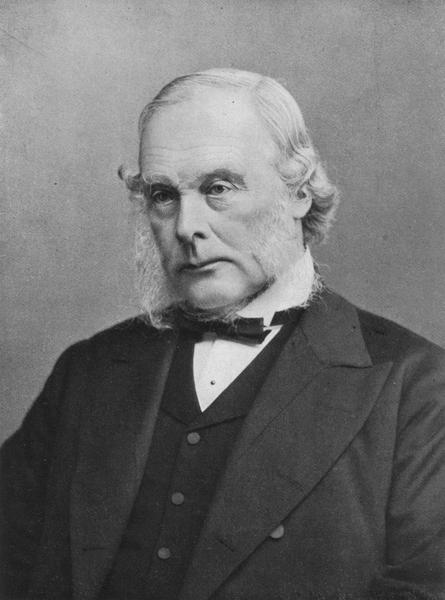 Joseph Lister 1st Baron Lister OM PC PRS FRS (5 April 1827 – 10 February 1912), known between 1883 and 1897 as Sir Joseph Lister, Bt.
was a British surgeon and a pioneer of antiseptic surgery. He promoted the idea of sterile portable ports while working at the Glasgow Royal Infirmary. Lister successfully introduced carbolic acid (now known as phenol) to sterilise surgical instruments and to clean wounds. Applying Louis Pasteur's advances in microbiology, Lister championed the use of carbolic acid as an antiseptic, such that it became the first widely used antiseptic in surgery. He first suspected it would prove an adequate disinfectant because it was used to ease the stench from fields irrigated with sewage waste. He presumed it was safe because fields treated with carbolic acid produced no apparent ill-effects on the livestock that later grazed upon them. Lister's work led to a reduction in post-operative infections and made surgery safer for patients, distinguishing himself as the "father of modern surgery".

Urgent appeal to the Government to propose the Hou...