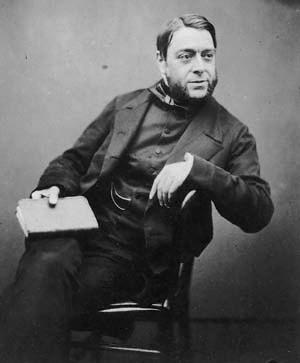 Philip Henry Gosse FRS (6 April 1810 – 23 August 1888), known to his friends as Henry, was an English naturalist and popularizer of natural science, virtually the inventor of the seawater aquarium, and a painstaking innovator in the study of marine biology.

The aquarium craze was launched in early Victorian England by Gosse who created and stocked the first public aquarium at the London Zoo in 1853, and coined the term "aquarium" when he published the first manual, The Aquarium: An Unveiling of the Wonders of the Deep Sea, in 1854. Gosse was also the author of Omphalos, an attempt to reconcile the geological ages presupposed by Charles Lyell with the biblical account of creation. After his death, Gosse was portrayed as a despotic father of uncompromising religious views in Father and Son (1907), a memoir written by his son, the poet and critic Edmund Gosse.

Referee report by T. H. Huxley on 'Researches on t...